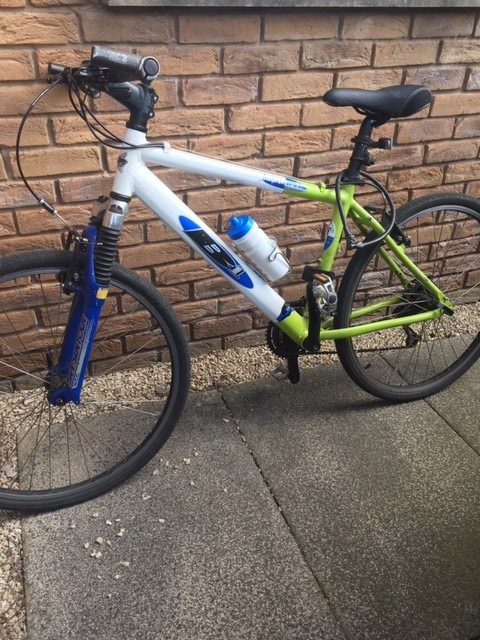 The 2.6 Challenge is a nationwide virtual fundraiser, encouraging people across the UK to dream up an activity based on the numbers 2.6 or 26 and complete it on or after Sunday 26th April – when the 40th London Marathon would have taken place. Janet Baird tells us why for her, it had to be a biking challenge.

“Before I lost my twin in 2004 we biked everywhere and we were known as the Cycling Twins. We had previously taken part in a charity ride to Israel, Jordan and Egypt for Queen Charlotte’s Hospital in London. They specialise in women’s health and now work alongside Genesis Research Trust. So my chosen charity for The 2.6 Challenge was Genesis. 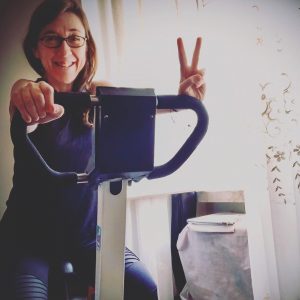 I decided to join up with Patricia, a Lone twin in Portugal. She was doing the 2.6 challenge for a cancer charity, as she lost her twin Susana to cancer in 2015. Sunday 26th April was a very special day for Patricia and Susana as it was their birthday. Patricia was in lockdown in Lisbon and shielding her parents plus she was still recovering from an operation, so we decided on a 26 Minute Twin Bike Challenge. That way we could ride as far as we wanted.

At precisely 11.11 am we set off. I was togged up in my bike gear, complete with my coveted yellow jersey awarded by Cycling UK in December 2019. It took me 14 years to get back on my bike after losing my twin but I’m gradually regaining my confidence!

I felt a burst of elation as I set off on my bike. It felt like people all over the world were taking part in something really special and it felt so good to be biking at the same time as my special tin pal. I did my usual circuit round the neighbourhood and as back as the alarm went on my phone! 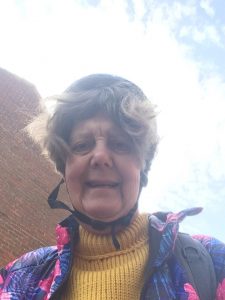 I took a bike selfie before and after my challenge and Patricia sent her pics too. It felt like a shared experience and for a short time I felt the joy I used to feel when I biked with my own twin. It had been a really special 2.6 experience for us both.”

Find out how you can be involved with a cycle challenge for Genesis Research Trust here!