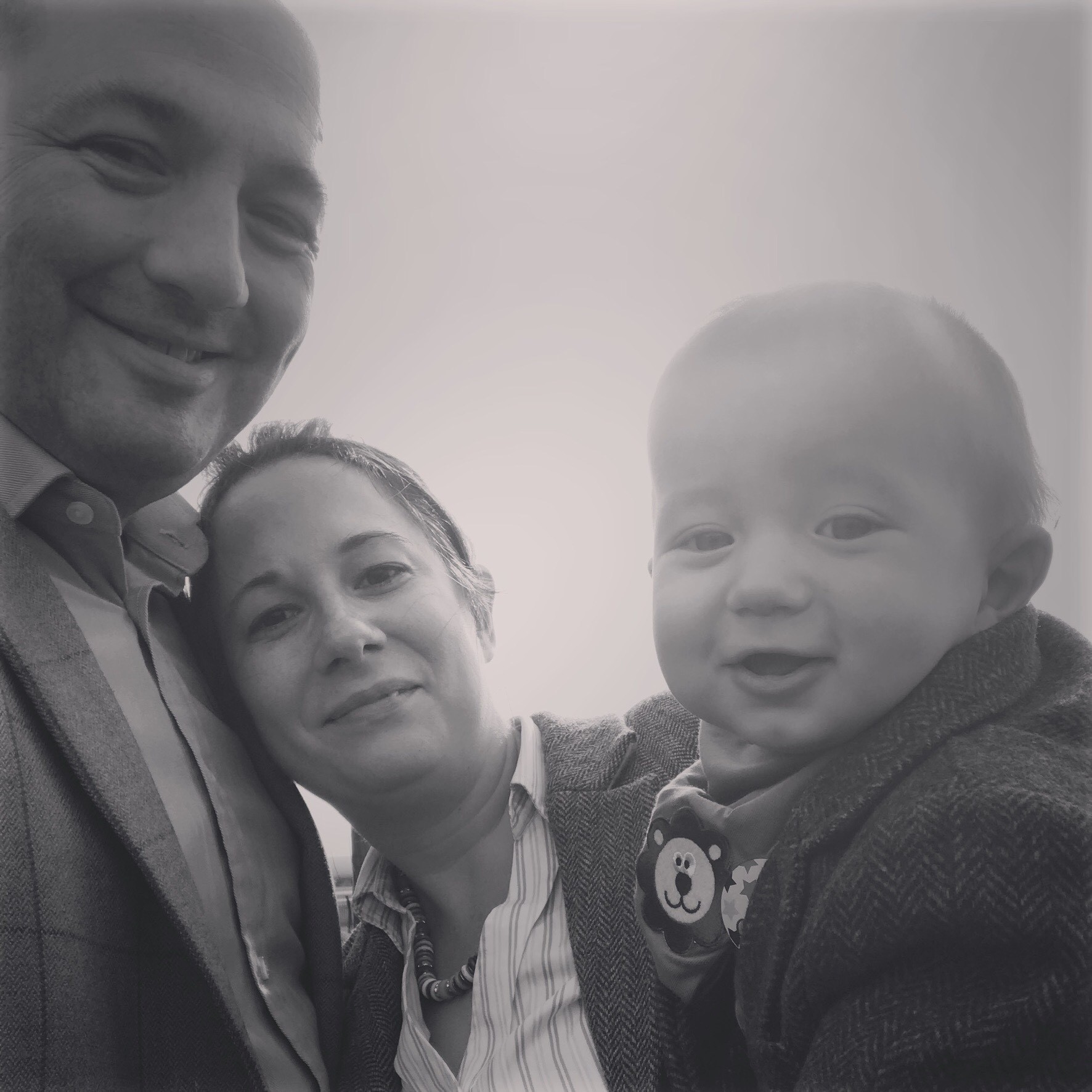 A Support Network is Extra Important When Family Distances Themselves

Samantha Bunce from Medway in Kent suffered three miscarriages before having a healthy baby boy. She is passionate about breaking the taboo of baby loss.

We started trying for a baby at the end of 2014. We fell pregnant really quickly not long after we got married and you just think nothing is going to go wrong, everything’s fine.

After the first miscarriage, I had an early scan in the second pregnancy, and everything was fine. It wasn’t until we went to my 12 week dating scan that they discovered there was no heartbeat.

People say it’s an early miscarriage, these things happen, there’s not a lot of support at that time.

I’d worked in the NHS as a medical secretary, so I knew the rule is three miscarriages until you have investigations. How do you deem that when one is traumatic enough?

The attitude around miscarriages is if it happened before 12 weeks, no one knows about it so don’t talk about it, get on with trying again. It’s that mentality in this day and age that really upsets and frustrates me. Every pregnancy loss at any stage is devastating. I think it’s very much still that taboo subject. Society’s expectations are get over it. That’s not right.

Even for women who lost babies 30 or 40 years ago, it’s such an impact; this happened to you, your partner, your body. You lost a baby, it doesn’t matter if its six weeks, 28 weeks whatever, you’ve lost a life that you made. People need to know there is support out there and how to get that support. It’s okay to ask for help no matter what stage.

The third miscarriage, we were on holiday in Germany visiting friends, and the care I got there was vastly different. It was a Sunday, I saw a consultant and was scanned the same day. Having that scan to know exactly what’s going on sets you up mentally, and the consultant told me what to expect.

It wasn’t until subsequent losses when we really started to struggle, we looked to the internet to find support. My husband Keith’s family live in London, I’m from Australia, and so we didn’t have close support. I then realised there are support groups out there.  The more we were open about it, the more people shared their stories. We felt if family know about it, they’ll pick up that phone and say how are you, what’s going on, rather than just trying to hide it away.

The impact was massive, particularly as we were newly married, wanting to start a family, and got pregnant really quickly. It all just unravelled so far from home. To be honest it was quite isolating, we lost a lot of friends, and some family, who just didn’t understand.

It takes a massive toll on you physically, emotionally, mentally. I went through a period of wondering, do we keep going, do we try again, can I handle this mentally? Connecting with women I’d never met through support groups on Facebook, made the big difference; someone who could say I know how you’re feeling and really mean it.

When I was working within the NHS, I should’ve had more time off, but it’s that pressure of when are you coming back to work? You get support to a certain level, and then alright now, times up, you should be over it by now. It was like ‘you’ve not had a stillbirth’, but we had three miscarriages, plus surgery, plus trying to keep the marriage together when you’re both struggling and suffering.

After the third loss, I requested a referral to St Mary’s in London. The tests took months, but once we got under their care I could not fault them, they were amazing. From day one, they never said we can fix this, you’re going to have a baby at the end of it. It was good they were upfront and truthful.

A scan revealed a potential uterine septum, where the sides of my uterus had joined together, a potential cause for miscarriage. I had surgery in January 2017, it was awful. They said we can’t guarantee anything, all you can do is go away and try again; we’ll support you with early scans, with blood tests. I fell pregnant with Peter in the May. Whether it was the surgery I don’t know, but we wanted to exhaust everything we could to have a successful pregnancy.

As much as you try and look forward, and try and be positive, you’ve got that trauma. People do forget even if you’re in a successful pregnancy you’ve still got that intense fear in the back of your head until that baby’s in your arms.

It stays with you. I remember the positive pregnancy test (that resulted in baby, Peter) and I rang my mum and was sobbing. How am I going to do this, how am I going to get through the six week, 12 weeks, 20 weeks? Am I going to lose this baby? How do you know? It takes the whole joy out of it, we didn’t fully relax into the pregnancy.

Even now we have Peter, he’s here, a happy lively lovely baby, but if we decide to try again, I’m not going to lie and say, just because I have one great pregnancy doesn’t mean I’m not going to be scared and worried next time round. It’s always there, you never lose that. People forget that and expect you to just bounce back. If you lost a close family member you would grieve and people would understand that and send you cards or flowers and check in with you, when you lose a baby, particularly before 12 weeks, they say well you shouldn’t have told anyone! Society as a whole is unaware of it, or don’t want to know about it.

If my voice is one more voice for someone suffering, hopefully it can help.