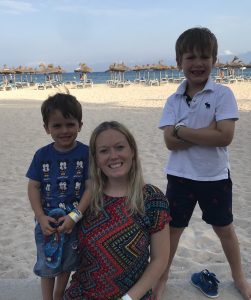 Written by Dr Hannah Law, junior doctor working in obstetrics and gynaecology, and based in Essex. Her husband is a GP. Together they have 3 children Billy (7), Elijah (3) and Maria (10 months). Before Elijah was born their second son was stillborn at 36 weeks.

Obstetrics is different to many other areas of medicine in that most of our patients are very well and are sharing their happiest moments with us. Less often, we care for families going through their toughest and darkest times – when babies are stillborn or where mothers and babies suffer birth complications.

I have worked in obstetrics since 2008, so by 2013, when I was pregnant with my second baby, I had helped to look after many families experiencing pregnancy loss. I spent autumn 2013 working really hard for my final “MRCOG” exams as well as working full time as an obstetric registrar, and juggling looking after my then 2-year-old son. I was thrilled to have passed my exam, and finished work to start my maternity leave on a Friday in early December 2013. Life was busy but exciting as we waited for our baby to arrive. That Saturday, one of my best friends threw me a little afternoon tea – I guess you’d have called it a “baby shower.” My mum came and brought with her the Moses basket that I slept in as a baby, and that has been used by babies in the family ever since, including Billy. I remember sitting with friends and family having tea and cake with my hand resting on my bump as pregnant women do, what I can’t remember now is whether he was moving then, but I think he was. I had a busy day the next day going to a birthday party in London. That evening as my husband and I were bathing Billy together I suddenly realised the baby hadn’t moved recently. We got Billy into bed and I laid down on my left side on the sofa with a cold drink and put the TV on. The X factor was on and as I lay there, I had a sudden realisation that I may well find myself in a similar position to Gary Barlow who was a judge at the time, and whose wife experienced a stillbirth, on some levels I already knew and felt sick.

After spending a few minutes hoping desperately to feel something without reassurance, we asked a friend to come over to look after Billy and contacted the hospital. I had worked in the department there before so knew lots of the staff. After a brief wait we were shown into a room and a student midwife came and tried to listen for the heartbeat. She looked panicked and out of her depth and I knew what was coming. We were in freefall and after a midwife tried to listen unsuccessfully I asked for them to bring me the ultrasound machine. Although this was an incredibly strange thing for a patient to ask I don’t think anyone dared to argue with me so they did. What I saw confirmed what I hadn’t wanted to believe – our beloved unborn baby had died. The images I had seen were confirmed by one of the other doctors.

The next few days were definitely the most difficult of my life, although the tough times were obviously not confined to that period. Having been one of the doctors explaining and providing the sequence of care when a baby dies before birth to many women before, I knew what was coming. We were told we could go home that night should return the following morning so that a further ultrasound scan could be performed to confirm the findings. Going for that scan was incredibly painful and it was a very strange feeling then not knowing the gender of the lovely little being you have already lost. I was then given the initial tablet to start the birth process and sent home again for a couple of days for it to take effect.

I will never know how we got through those 2 days. Whilst all this was going on we tried to keep things together for our lovely Billy. He was only just 3 at the time but seemed aware that something was very wrong. He used to come into our room quite a lot at night at that stage and I remember feeling so sad as he slept next to me that this was the closest he would ever be to his little brother or sister. We had only very recently moved house and filled the days with taking up flooring and having carpets fitted, things that were pre-arranged but seemed so trivial. I remember hiding upstairs while the carpet fitters worked down below, completely incapable of having the conversation where I explained that although I looked heavily pregnant we would not be bringing home a new baby any time soon. The Moses basket was quickly taken home, but one small saving grace for us was that  most of the other baby items had not yet been brought down from the loft or bought. The heartbreaking picture I always imagine for patients of walking through the door to a house full of expectant baby things wasn’t really the case for us.

Avoidance of difficult interactions with strangers continued. As we returned to the hospital for further treatment to bring on labour I felt similar to a prisoner in the special “bereavement” room, not wanting to encounter anyone who might innocently ask when my baby was due or bump into any other pregnant women around the hospital. The physical birth itself was one of the easier parts for me as it felt somehow familiar, and I was fortunate to be cared for by a fantastic midwife who had looked after me in my pregnancy with Billy as well as a close doctor colleague and friend. I was incredibly worried about how I would feel once the baby had been born and whether I would feel strong enough to see and hold him or her. These worries were completely unfounded though as all we wanted to do when the time came was hold our beautiful baby boy, every moment with him was precious. Nothing could be more true than the description of a “deafening silence” when a stillborn baby is born. After going through labour all any parent wants is the affirmation of hearing their baby cry – a sound that is usually accompanied by sighs of relief all round. This was obviously not the case on this occasion, but I can’t say that either of us didn’t still hope for a second we might hear that beautiful sound.

After spending sad but quality time with our beautiful baby boy – Freddie, and being aided by wonderful midwives to make some memories including photos and footprints, we began the long walk down the corridor of the labour ward, our arms heavy, but empty, with no carseat, no bundle, no “going home” outfit, no congratulations, no excited visitors.

The weeks and months that followed were filled with incredibly difficult moments. Looking back, I think on those days as a series of firsts, in fact I guess they are still happening though much less often nearly 5 years on. I’ll give a few examples, as encountering certain situations for the first time since your tragic loss fills you with dread, and getting past the first time seems a small achievement on the journey – the first time I visited my parents in my childhood home without Freddie who would never see it; the first Christmas – only 7 days after his birth; his due date (also my husband’s birthday); the first time we visited our baby’s grave, always the youngest people in the churchyard; the first time I met the babies of friends who were also pregnant without Freddie; the first anniversary of his birth, his first birthday I suppose although he never even knew he had been born.

For me as an obstetrician, there was then how to return to the job I love, surrounded by so many positive pregnancies and births, but also by the inevitable pregnancy losses and other complications, that affect us the whole team, whatever our backgrounds. How would I feel the first time I came into contact with someone who had not felt their baby move for some time, the first time I had to quietly relay the news we all hope we will never have to hear?

Initially where possible, I would ask colleagues to see patients where this may be the case, terrified of my own emotions at a time when I must be composed and not the focus. As recently as last year (2017), whilst pregnant for the fourth time, my training rotation took me back to my local hospital, where all my children have been born and that feeling of nausea at having to do certain things for the first time returned. I would have to work with the midwife who tried in vain to hear a heartbeat, to care for women in the room where we had suffered so much, the room where we had spent those precious hours with him.

Once you negotiate these firsts I think in some tiny way it makes you stronger for the next. As well as being a mother who has lost a baby, I am a doctor caring for women and you find it from somewhere within you to be composed and prioritise those women and what they are experiencing now. I hope and like to believe that Freddie the lovely little boy who couldn’t stay with us, has made me a stronger, more empathic doctor who still marvels every day at the beauty of the science that gives us these amazing gifts but sometimes also cruelly snatches them away.

END_OF_DOCUMENT_TOKEN_TO_BE_REPLACED 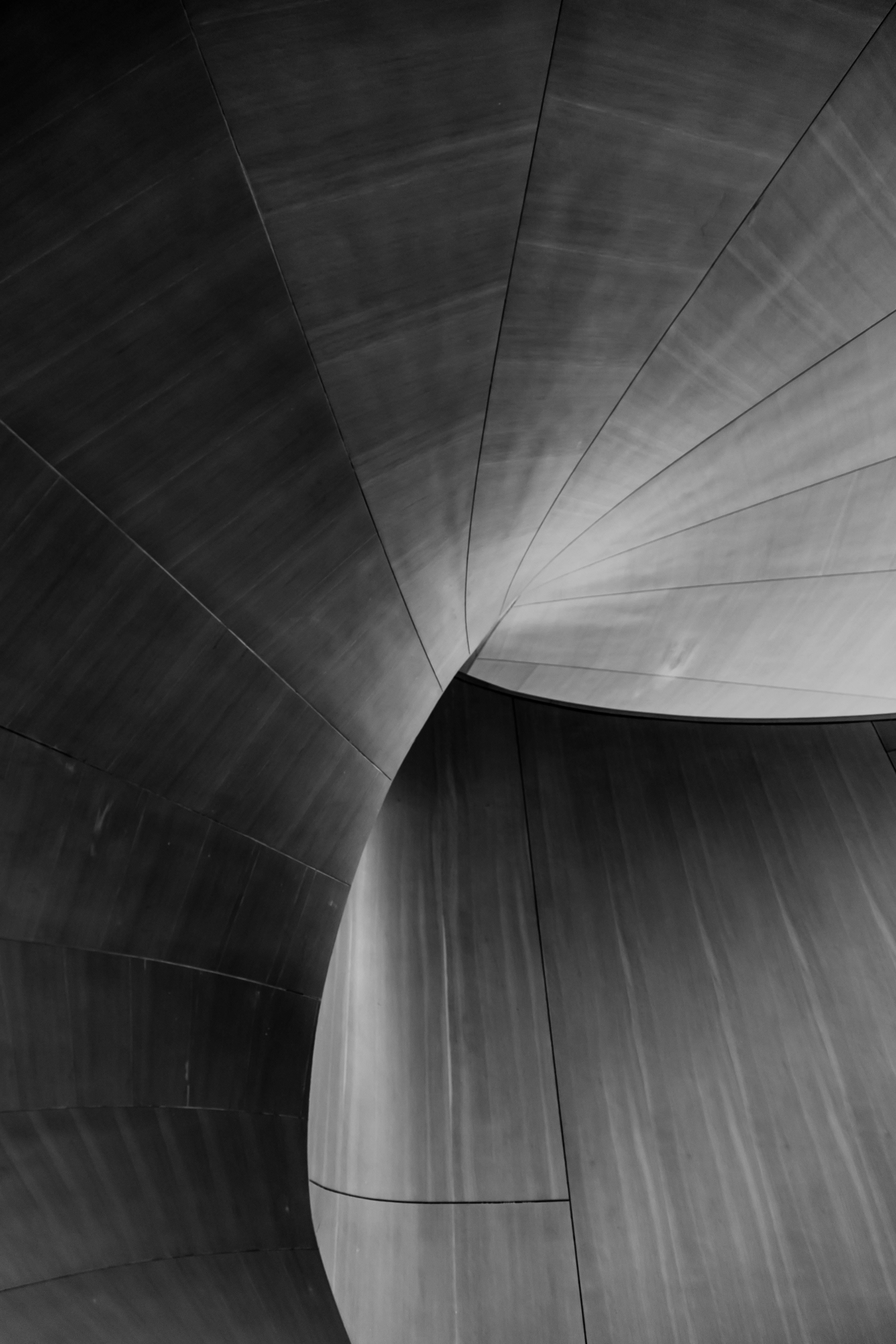