Jennifer’s story: My experience of miscarriage

After seeing a post on NHS million on Instagram I looked at the genesis research page and decided to share the stories of my two early miscarriages. 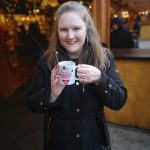 I went to A&E due to the sheer volume of blood I was losing and was examined by a doctor who informed me that my cervix was closed and when I asked if, despite the agonising pain and blood loss, if there was a hope that I could still be pregnant, was very dismissive of my concerns and said ‘well yes these things happen all the time’. Bloods were taken and I was booked in for another scan the following day. The next day I was scanned and told that I had indeed miscarried.

Fast forward to 5 months later and once again I was pregnant and once again I start to spot around 6.5 weeks. Off I went to EPU for an internal scan and there was a heartbeat. I was told to come back if I was still spotting. Two weeks passed and I was still spotting so went for another scan where I was told that there was no heartbeat and I was offered the option of waiting for nature to take its course, tablets to induce miscarriage or a D&C. I went away to think about it and within an hour had got home, rung up the unit and gone back for the tablets (the staff were so nice and accommodating, fitting me in and being so kind) I was told that 3 weeks after the induced miscarriage I had to take a pregnancy test to ensure that everything had come away.

Three weeks later, as instructed, I took the test which came up positive, this meant I still had tissue inside of me and this was confirmed by a scan. The tissue needed to come out so I was booked in for a D&C the next day which was successful.

I’ll never, ever forget my experiences of miscarriage. The physical and emotional pain of loss, the anger I experienced at my body for failing me at the one thing it was designed to do and the sickening feeling that I might never get to have a baby of my own. However 15 months after my last miscarriage I fell pregnant again and I now have a wonderful 19 month old son. I shall never forget the two tiny ones who came and left before him.

I think research into miscarriage is imperative to help understand what it is that causes them and to help prevent other women having to go through them.

Our mission is to fund original research to investigate the causes of infertility, miscarriage, stillbirth, and premature birth and find better ways to diagnose and treat them.

You can help support our vital research by making a donation today!