Laura’s Story: The Pain of Miscarriage

In June 2019, I had cramping pains around the time of my period, but after 4 days, still no period. So, I did a test. We’d only been trying for 7 weeks and I’d just completed the Manchester marathon. I was pregnant. Utter shock but absolutely over the moon. My husband felt the same. I’m 37 now, 36 at the time and he was 51 at the time, 52 now. I didn’t really get any symptoms as such, pretty tired but that’s about it. 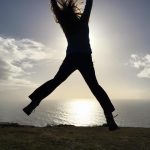 Jump to being 9 weeks pregnant to the day and I woke up at 4 a.m. and instinctively put my hand between my legs to find blood. Panic mode. Woke my husband. We went to the early pregnancy unit at our local hospital and waited in the same room as those having their 12 week scan (lovely) to be told that the sack had been growing but the “products of conception” had stopped growing at 5 weeks. A missed-miscarriage. Could that be more cruel? A whole month of not actually having a growing baby.

I went home to miscarry naturally, which I did about 5 days later. Five days of sitting and waiting and being terrified to do anything in case your baby fell out of you whilst in Sainsbury; I have never experienced pain like my miscarriage.

Please, health care professionals, stop saying it’s like bad period pains. Because it’s not, it’s like labour. Because it is labour. Two weeks later I go back to make sure all the “products” have gone to find I have a 15 ml clot that’s not gone. Cue being admitted and given oral and vaginal medication. Nothing happens. 5 days later whilst away with my in laws I finally pass the last clot. Late August I got the negative pregnancy test which meant I was back to “normal” — or whatever normal is when your future has been so cruelly ripped from you.

Fast forward over a year and our IVF referral has just gone in. I would like to think that pregnancy wasn’t a fluke but who knows.

Genesis Research Trust funds research that could potentially reduce the likelihood of miscarriage. Our research has revealed how this relates to the microbiome of the reproductive tract and is now developing this understanding as well as tests to identify higher-risk women, and treatments to alter the microbiome profile to improve the chances of successful pregnancy.

You can help support our vital research by making a donation today!