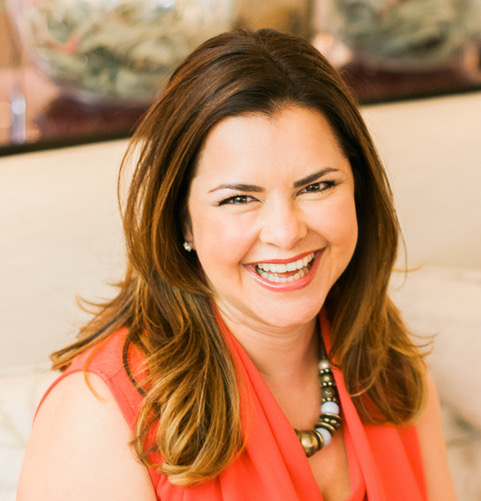 Minnie von Mallinckrodt-Grant from Leamington Spa had four miscarriages, and has one daughter.

I had Emily in 2012 and in 2015 I got pregnant again immediately, but unfortunately my daughter had a stomach bug that hospitalised her and I caught it. I instinctively knew the baby was dead and as it happened our scan was booked incorrectly, so we went for the scan later than 12 weeks. The baby had literally died a day or so before at 13 weeks and 5 days and an earlier scan would have shown the baby being fine and prolonged the inevitable.

I remember trying the wrap my head around the fact I wasn’t having another baby after all and I was so upset, but having friends who had been through miscarriage I assumed I would have a D and C or medical management. I was quite traumatised by having to give birth and then decide if I wanted to see the baby and attend the funeral. It was a shock and I would have been happy if someone could have knocked me out and woken me up when it was all over. I had been really sick the whole pregnancy to the point I couldn’t get out of bed. It was hard work with a toddler and I was exhausted and depleted physically, mentally and emotionally.

Prior to getting pregnant with Emily I had been under the care of infertility specialists as I was 35 and had been trying for a year. The consultant put me on Thyroid medication because my levels were not optimal for getting or staying pregnant. That pregnancy was successful so naively I did ask questions about management of my thyroid after birth. I felt lousy and fatigued not being on the medication, so I kept taking it but noticed over time that I started to feel worse again. I asked my GP to up the dose but was told no.

Because of the trauma of the first miscarriage I waited nearly two years to try again. I wanted to be in peak condition to have another baby and prevent the illness I felt in pregnancy and the chance of miscarriage. I worked with a health coach to improve my health and did research into how thyroid conditions affect fertility. I had a 15 year career working in Sales and Marketing in the medical device and diagnostics industry and had a molecular biology degree, so I was keen to empower myself and learn as much as I could about what might be wrong and prevent this happening again.

This time I went to see a different GP and pushed for increased thyroid meds and more tests for free T3 and T4 to see if my thyroid caused the issue. My GP was amazing and really looked after me, he upped my medication, helped me get my nutrients optimised and monitored me and I got pregnant straight after this was implemented. However I miscarried again at 5 weeks and then I tried straight away and again I miscarried at 6 weeks whilst on holiday. The gynaecologist in Cyprus suggested I have progesterone next time.

By this point I was becoming knowledgeable about miscarriage and infertility and because I had 3 miscarriages I was referred to my local hospital for tests. As you can imagine I had many questions and wanted to know what to do next. I had read clinical guidelines for thyroid management and tests causing miscarriage. I had all of these tests and nothing was found to be wrong with me. Finally I was referred to Tommy’s at Coventry & Warwickshire University Hospital. Professor Quenby was lovely and very pragmatic which I liked. She did however say that she wouldn’t give me Progesterone yet the Consultant at Warwick said he would.

When I got pregnant again I had spotting at 5 weeks and was given progesterone by Warwick A&E and ended up being seen between two hospitals. This was stressful and confusing for me. I wanted everything I could have to make this pregnancy work. I advocated hard and did a lot of running around to get what I wanted, but alas I had a miscarriage again at 9 weeks. The miscarriage went on for 4 weeks and there were days I could get out of bed I was so tired. Once I finally passes the foetus we learned there was an abnormal chromosome so there was no way it would have gone full term. I actually felt a sense of relief at that news otherwise it would have felt like a cruel joke not having any answers or reasons apart from my age of course; I’m no spring chicken anymore but I live a healthy lifestyle.

Professor Quenby’s team were fabulous, but I felt so drained on every level by this experience and quite depressed. My hormones were all over the place and I was dealing with grief and the repeated feeling my dreams were dashed yet again. They offered me counselling and I personally feel that it’s totally possible to end up with either depression, anxiety or PND after miscarriages and yet there isn’t any warning or support for this. This is something I would love to see change about the management of women coping with baby loss because the counselling really helped me and it should happen after every baby loss, not after four miscarriages. When you’re in a state you have no idea what you need and it would be good to have a patient pathway the includes mental health support for both parents involved. Men get left out of the equation like they are just a sperm provider and I think that also needs addressing. Prevention is better (and more cost effective for the NHS and economy) than cure. I would say to anyone trying for a family, get yourself an MOT at the doctors, reduce your stress levels and if you have any doubts get a second opinion from another health professional. You know your body best so don’t let someone else tell you how you are feeling – advocate for yourself.