Clinical research part-funded by GRT and led by GRT trustee Professor Catherine Williamson (pictured), has found a better way to measure the risk of stillbirth for women with a common liver disorder, intrahepatic cholestasis of pregnancy (ICP), through a simple blood test. 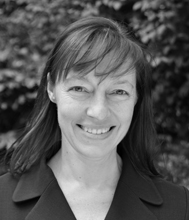 The discovery will help doctors identify the small number of women at most risk who require intervention to prevent stillbirth. This will allow the majority of women with ICP who are at a low risk to carry on their pregnancy normally.

ICP affects approximately 5,300 pregnancies in the UK each year. The condition causes build-up of bile acids in the blood, and symptoms include itching. It was previously thought that small increases in bile acid concentration are associated with higher risks of stillbirth. Pregnant women showing symptoms of ICP, therefore, are often offered early induction of labour at around 37 weeks in order to prevent stillbirth.

The researchers estimate that implementing this test could prevent hundreds of women having unnecessary early deliveries.

Read the article: Association of adverse perinatal outcomes of intrahepatic cholestasis of pregnancy with biochemical markers: results of aggregate and individual patient data meta-analyses, The Lancet.